This Year St Kevin’s Community College has been lucky enough to be selected, along with only four other schools, to participate in the Yellow Flag programme. ​ This is an excellent opportunity for the school to help fight Racism in the school and in the community. ​ 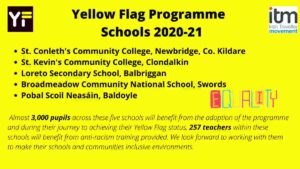 So, What is the Yellow Flag Programme?

So What does this mean for St Kevin’s CC?​

How will this be achieved? 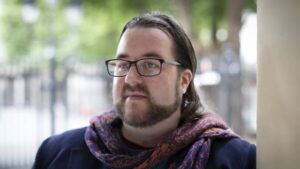 In 2018/2019 he was the first Traveller man to take up a position in the Oireachtas of Ireland that holds the power to shape the laws of the country.

Oein wrote the first book documenting Irish Traveller stories ‘Why the Moon Travels’ published by Skein Press, Autumn 2020 (Copies of this are available in the school library). 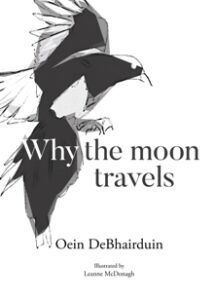 March is an important month for both Irish and global Anti-Racism Movements due to various international celebrations focusing on combating racism and celebrating diversity taking place:

March 11: Maha Shivarati, Hindu festival celebrated each year to honor Lord Shiva. It is celebrated just before the arrival of spring.

It is also known as the Great Night of Shiva or Shivaratri and is one of the largest and most significant among the sacred festival nights of India.

March 11: Lailat al Miraj, a Muslim holiday that commemorates the prophet Muhammad’s nighttime journey from Mecca to the “Farthest Mosque” in Jerusalem, where he ascended to heaven, was purified, and given the instruction for Muslims to pray five times daily. Note that in the Muslim calendar, a holiday begins on the sunset of the previous day, so observing Muslims will celebrate Lailat al Miraj on the sundown of March 10.

March 17: St. Patrick’s Day, a holiday started in Ireland to recognize St. Patrick, the patron saint of Ireland who brought Christianity to the country in the early days of the faith.

March 21: International Day for the Elimination of Racial Discrimination, observed annually in the wake of the 1960 killing of 69 people at a demonstration against apartheid pass laws in South Africa. The United Nations proclaimed the day in 1966 and called on the international community to redouble its efforts to eliminate all forms of racial discrimination.

March 25: International Day of Remembrance of the Victims of Slavery and the Transatlantic Slave Trade is a United Nations international observation that offers the opportunity to honor and remember those who suffered and died at the hands of the brutal slavery system. First observed in 2008, the international day also aims to raise awareness about the dangers of racism and prejudice today. 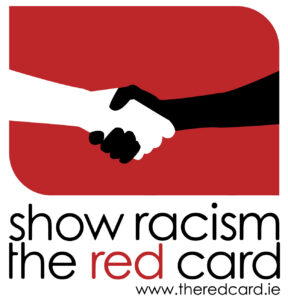